You are here: Home / Syndication / Iran has no choice but to continue resisting enemiesâ€™ pressures: Rouhani 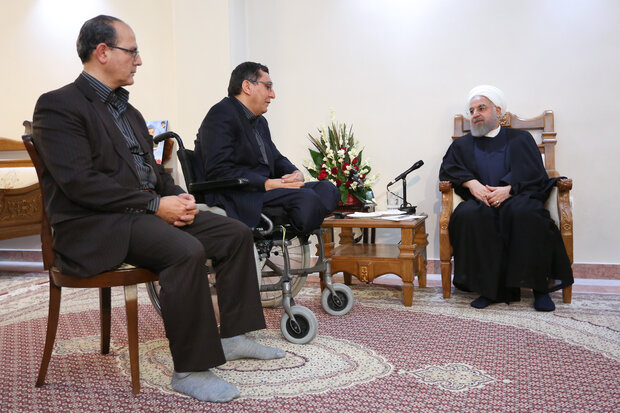 MNA â€“ The Iranian President Hassan Rouhani has said that Americans, Zionists and Saudis have joined hands against Iran, stressing that the country has no other choice but to continue resisting against them.

President Rouhani made the remarks on Arbaeen Day today during a visit to the house of Dr. Adel Karimi Givi, who became disabled during the Sacred Defense against the Iraqi Baâ€™thist regime of Saddam in the 1980s.

The president pointed out that the enemies have launched a major conspiracy against the country and the nation while praising the wise and vigilant Iranian people for their resistance against the pressures and the conspiracies so far.

He said that all those who held animosity toward the Iranian nation for a long time have now sided with the United Sates, condemning the US move in unilaterally withdrawing from the Iran nuclear deal or the Joint Comprehensive Plan of Action (JCPOA).

â€œThe Zionists, the Saudis and hawkish US politicians have joined hands to exert maximum pressure on the Iranian people, and in these circumstances, we have no choice but to resist them,â€? Rouhani underlined.