You are here: Home / Syndication / Japan says will not join US anti-Iran ‘coalition’ in Mideast 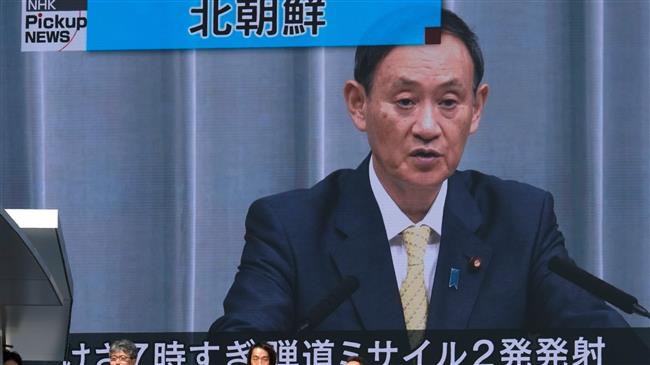 Press TV – Japan says it will not join any US coalition in the Middle East, but is considering sending its own forces in a bid to ensure oil shipments from the region.

Prime Minister Shinzo Abe has tasked his ministers to study the possibility of a deployment to the region aimed at “collecting information”.

This would be totally separate from Washingtonâ€™s plan to form a coalition that according to US Secretary of StateÂ Mike PompeoÂ â€œwill patrol the Strait of Hormuz to keep those shipping lanes, those sea lanes open.â€?

Back in August the US had requested its allies to help build a “coalition” against Iran in the Persian Gulf.

As its key Asian ally, and a major regional naval power, it was keen for Tokyo to join its maritime force.

Japan’s Chief Cabinet SecretaryÂ Yoshihide Suga, however, said on Friday that Tokyo â€œwon’t join the United States, but will cooperate closely with them.â€?

“Self-Defense Force assets will ensure the safety of vessels related to Japan,” he added.

Suga further said that military assets that will be sent to the Middle East are likely to include warships and aircraft that will patrol the Gulf of Oman, the Northern Arabian Sea and other waters in the area.

The chief cabinet secretary, however, said that Tokyo has yet to decide the makeup of the contingent or the exact time of deployment.

The request to build a “coalition” has been met with either silence or rejection, including a blunt â€œnoâ€? from Germany.

The US, which reinstituted sanctions on exports of Iranian oil last November, has threatened to bring Iran’s vital oil exports down to zero, but the shipments have continued to reach major customers, especially in Asia.

Tensions in the Persian Gulf flared up earlier this year after a series of suspicious attacks on oil tankers, following the US deployment of a new naval group and B-52 bombers to the region, amid claims of unspecified Iranian threats.

Ever since that time, the US and Britain have been shopping for support from Asian and European allies to corner Iran in the Strait of Hormuz, a vital passage way for global oil supplies.

Japan, the worldâ€™s fourth-biggest oil consumer, said back then that its relationship with Tehran â€œis important as the country (Japan) relies on almost all of its petroleum [needs] on imports.â€?